1. Mental Health
This is a VERY competitive niche but if you had a forum in this niche you could potentially make a lot of money!

2. Wordpress Blog
This niche is super competitive in 2021 but with hard work and a lot of link building you could do well.

3. Gluten Free
This niche is super competitive in 2021 but with hard work and a lot of link building you could do well.

4. Relaxing Music
This is a fairly competitive niche but if you take time to do long tail keyword research and have some new ideas you could do okay.

Explore More Niches...
From Our Blog
Is Your Niche Competitive? Find Out With Our New Tool!
Easily Find Niche Blogs You Can Comment on With FindABlog
33 Hot New Niches for 2021
FindABlog Just Hit 10,000 Blogs
What I Learnt From Cataloguing 4,091 Blogs For FindABlog
Read More Blog Articles...
Saki Says...

The most popular blogs page lists the blog pages that are most often visited by visitors to FindABlog.

Want to muscle in on someone else's former turf? Unreliable blogs lists a large numbers of blogs that appear to have closed down.

Got a question about FindABlog or blogging in general? Then be sure to check out this FAQ list.

How Do I Remove My Blog From FindABlog?

If you don't want a free 'dofollow' backlink and the additional exposure from being listed on the internet's biggest blog directory, then here's what to do:

Note: I've not yet implemented the removal functionality, but this is how it will work when I eventually do build it. At the moment the site is too small to affect your own blog's SEO in any significant way, so don't worry.

What Can You Do With FindABlog Blogs?

FindABlog is the internet's premier blog directory. The site lists thousands of Wordpress and Blogger blogs in a huge variety of niches. There are also plenty of statistics about the state of blogging in 2021.

Use this site to research niches. If you already have a blog in a particular niche then it's a great place to find guest posting opportunities. You can also comment on other blogs. While this isn't quite as lucrative as it once was, you can still get a fair amount of traffic just by posting comments on other blogs.

Another good use of FindABlog is to find other bloggers who might be interested in promoting your blog. Reach out to them and tell them about your blog or website. You can often get a lot of traffic from other websites. For example FindAForum's traffic surged after a major blogger blogged about it. The initial referral traffic from that site tailed off, but then it was picked up by a whole host of smaller scale bloggers (and some vloggers). You'll find that they will be more likely to link to you if you have a product or service in their niche. For example, all of my SEO related niche products and services have been featured in SEO blogs. In some cases I reached out to them, although I have also got organic backlinks that have just occurred naturally.

Are There Still Blogging Opportunities in 2021?

I'd say that the golden age of being able to make money from blogs is long gone. It's not so easy to get ranked in the search engines as it was back in 2010 or earlier. Search engines like Google are clearly favouring big brands these days. It's also much more difficult to get ranked in particular niches (e.g. medicine and health) if you are an amateur and do not have any particular authority in that area.

Having said that there are still reasons why it is worth starting a new blog in 2021. A lot of amateur blog designers have given up and moved onto things like vlogging on YouTube or selling products on Etsy. There are also more people online than ever before, so a good blog can really do well. Of course the coronavirus pandemic has also accelerated the general move to online. There are also many opportunities in the many new niches that appear every single year. Just think - 2020's biggest new niche (coronavirus) was pretty much completely unknown in 2019!

Blogging is also a fun hobby, especially if you blog about your passion topic. I also find it is a lot less stressful than other ways of making money online:

Away from big scary niches like coronavirus, I do still have blogs I started in 2010 that are still making money today. They don't get as much traffic as they once did, and they don't make as much money either. I'm alright with that though because I haven't done much to them in 10 years! They are the ultimate in passive income. Also if you have an idea for a product (digital or real life) then creating a blog for it can be very lucrative. I started a software business in 2002 and I still made several sales of my products in 2020. Many people are doing very well with such small blogs. For example I bought a Dollfie Dreams doll in 2020 and making clothes for dolls is a great niche - doll clothes generally sell for more than than the rquivalent real human sized outfit would cost!

I started a YouTube channel for Niche Laboratory back in 2018. I got plenty of views, but nowhere near enough to start monetizing my channel. Compare that with my first month of writing eBooks on Amazon KDP, where I made $70.

There are plenty of vloggers killing it on YouTube, but it also takes a lot of effort to be successful on there. For example in the gaming niche just about everybody I follow has a professional set up of top end gaming PC, top notch microphone and plenty of gadgets to make their livestreams look like they were produced by film studios. Also their thumbnails look professionally designed.

There is also a tonne of competition on YouTube in so many niches. People also mainly use YouTube for entertainment purposes - they're not necessarily there to buy and I don't see a lot of high quality content in the lucrative B2B niches.

Finally you need a very thick skin for vLogging. I thought I had some nasty comments on my Wordpress blogs over the years but that was nothing compared to the vitriol people would sprout in my YouTube comments.

Personally I've decided to stick to what I'm best at - custom building entire websites from scratch.

I would stick to hobbies and smaller niches that don't interest the big companies and content producers.

Try to find a niche that isn't too competitive and also one you find interesting. A particularly good one is a topic that you have recently begun to find out about because you are getting into this particular hobby, or you have found out that something has become a particular issue in your life. Then you can write a 'voyage of discovery' type of blog. These are always interesting to other readers.

Have a good look around FindABlog for inspiration. You can use the links at the top of the screen to search for blogs by category, as well as find the most popular blogs on the site. Remember to check out Find A Forum too because the 1300 or so forums listed on that site were added to the directory back in 2013 and they are all still killing it online in their various niches.

All blogs on this site list their keywords. Check them out because even one small keyword could unlock a hugely lucrative niche. I started a software business in 2002 producing B2B software in a tiny niche. It would have been too small for a regular company to produce at the time. I only had two main competitors, and by 2008 I was pulling in $750 a week from this niche. Some niches are even more lucrative. In 2015 I started working for an insurance company in the City of London. Their niche was so tiny that their main keywords barely appeared in the Google Keyword Tool. Yet this company had around 50 employees and was making millions of pounds a year. Incidentally they also had two main competitors. 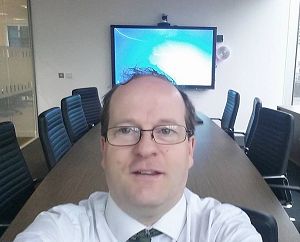 Hi I'm Brett. I've been making money online since 1998. I started by writing articles for $'s after seeing some "write for us" links on tech blogs. After that I started a successful shareware software business. I then switched to building mini-niche sites. In 2013 I started FindAForum, which is now the internet's biggest specialist directory of discussion forums.

FindABlog is the #1 internet resource for finding blogs. Sure, you can look for blogs in Google, but it's not always easy to find JUST blogs. At FindABlog only Wordpress blogs or Blogger blogs are indexed, and many of the blogs are run by amateurs like you or me.

If you want to research ANY niche then download my Niche Laboratory Pro niche research tool. It will also show you additional data including expired domains, influencers, a huge list of niche resources and estimated keyword difficulty. Oh, and you can also examine your competitors' websites as well!